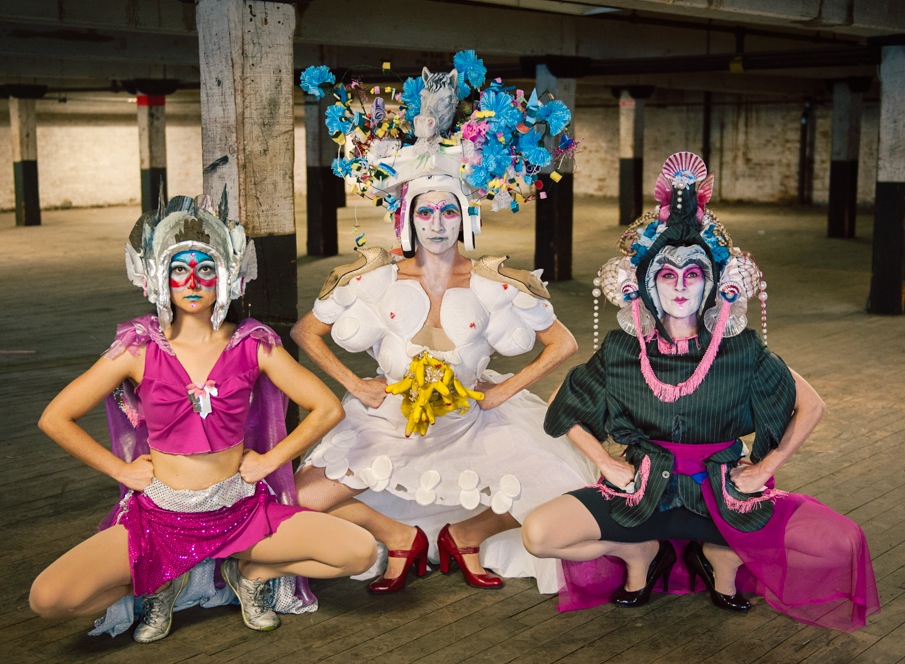 Goddesses Descending is a project featuring costumes by Alicia Renadette and music by Tony Silva. First premiered under the Full Moon of Park Hill Orchard in September 2016, these feminist superheroes from another dimension rival, clash against misogynist elements, and educate two show girls on the powers of wisdom, sorcery and self awareness.  Ultimately here to correct misinterpretations of the original myth, dancers in this Garden of Eve will thoroughly entertain you.
Excerpts of Goddesses have been performed at Cultural Chaos, Strut, and at Park Hill Orchard.  For a peak at how Marvela (Goddess of Flight) lights up Strut performers click on this video by Kbest Productions.

Choreography by Michelle Marroquin
Music by Tony Silva
Costumes by Alicia Renadette
Cast: Danica Arehart as Samara (Goddess of Anger)
Michelle Marroquin as Marvela (Goddess of Flight)
With appearances by Alicia Renadette as Prolactia (Mother Goddess)
And Katelyn Cramer & Marya Moylan as Show Girls/Mere Mortals.
Thanks to Mayumi Doyama for her role in developing the work.
Photography by Tracey Eller