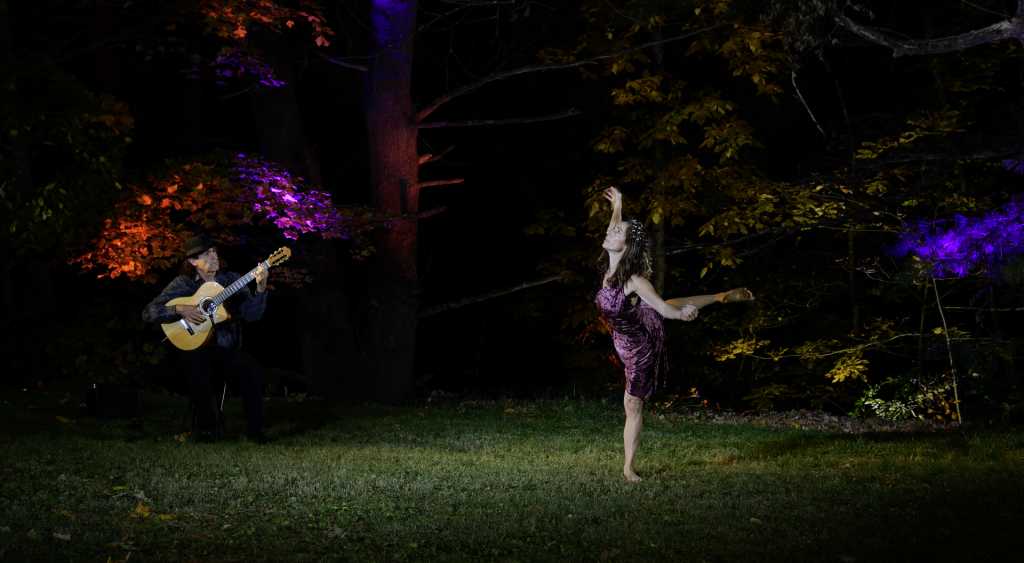 Persephone’s Story is also about a woman
she has no voice, no agency
she is a pawn of the patriarchy

Her story is about betrayal
about rape, about sexuality.
It is also about survival
and resilience

Persephone’s Diary was first performed outdoors as part of Full Moon Poetry Walk, and then again at Local Gallery (Easthampton, MA) in 2019. It was inspired by Valerie Gilman‘s sculpture of the same name, and, together with poet Carolyn Cushing, the many conversations we had about the meaning of this mythological female character.

A year later, Tony Silva and I decided to create a film, which was no easy task, as I felt this dance must happen at night and outdoors. Thanks to QFilmworks and Tony (on guitar and in the editing room) for capturing this ephemeral art on film.

To see the film, go to www.Vimeo.com/MichelleMarroquin